Wood made into Bags 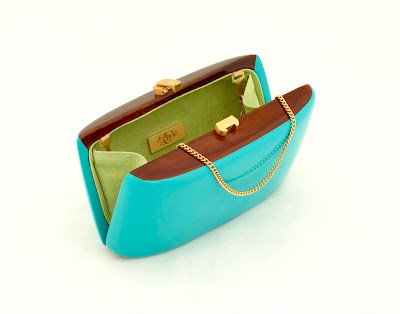 You still stand a chance of discovering what wood looks like when it's made into a bag. Up until  August 4th,  the Museum of Bags and Purses in Amsterdam is exhibiting wooden bags by the UK brand Rocio. Rocio uses acacia and mahogany wood from Asia, creating the material from which the bags and clutches are made in nineteen different stages. This method is used by master wood craftsmen in the Islands of the Philippines. Because wood is naturally rigid this method makes the material uniquely elegant and gives it a depth of beauty far exceeding that of any other creative materials used in fashion and design today. The bags and clutches are combined with crocodile, python, stingray and ostrich leather and is finished with pears, crystals and engravings. It can take up to four weeks to create an individual bag. 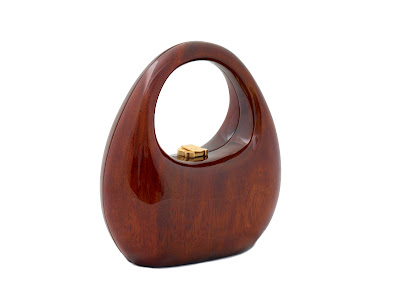 Founder Hamish Menzies, originally a technical engineer, was struck by the beauty and craftsmanship of local wooden products made in the Philippines. Together with local craftsmen he made the first designs and founded Rocio in 2006. The company’s name was taken from the woman with whom he first travelled to the Philippines. He now works with local woodworkers from the Philippines as well as with a team of designers. He is determined to develop his brands in an open manner and is open to feedback from agents and consumers. Rocio’s (evening) bags and clutches are now sold at renowned department stores in 55 countries. 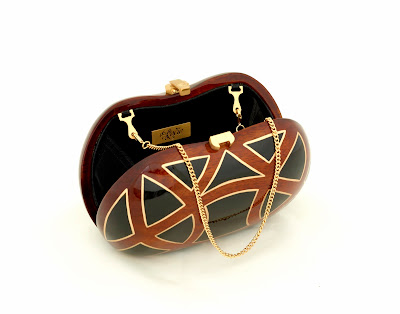 The Museum of Bags and Purses wants to show the public that even with the relative unbending material like wood, you can make amazingly beautiful bags. Sigrid Ivo, director of the museum: “It is high time that the Dutch are acquainted with the exquisite bags by Rocio." 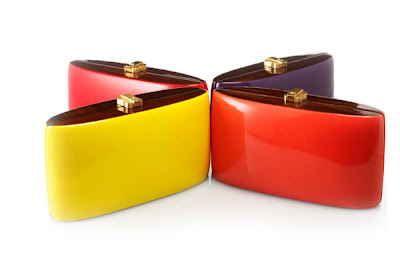 The Museum of Bags and Purses is home to the world's largest collection of handbags. Located in a beautiful, historic canal house from 1664, in the centre of Amsterdam, the museum began as the private collection of Hendrikje Ivo, who collected bags for 35 years. Comprising more than 4,000 objects, the collection offers a broad view of this item's history across 500 years. It includes bridal bags, pockets, coin purses, reticules, satchels, evening bags and designer bags by top fashion houses such as Chanel, Louis Vuitton and Hermès.

Interestingly enough, the travel website TripAdvisor has awarded the Museum of Bags and Purses with the Certificate of Excellence. In the past year almost all visitors left a positive review, giving the museum a constant high rating of four out of five stars for hospitality, interest and experience. If you visit, remember to leave your rating too.

Friendly and Fabulous: Fashion That's Good For Everyone

Fancy getting your hands on clothes previously owned by Olly Murs? Or how about
something once worn by fellow musician Plan B or comedian Alan Carr? These celebrities – among others – have joined UK homeless charity Shelter by donating their clothes to an online auction, in order to raise money for the charity. While this campaign is expected to bring in just a few hundred pounds, previous celebrity clothes auctions and sales have raised vast amounts for charity.

But what is there for those of us who can't afford to buy second hand goods touched by celebrities, but still want to help others with our purchasing decisions? Let's take a look at some of the ways that new accessories and clothes are helping others.
Raising awareness

The online shop, Etsy, has rapidly become one of the most widely renowned outlets for homemade items. Anyone can sell their items on there, and anyone can buy them. This means that you could end up living in Malta and buying something that a student in America has made in their art class. The joy of the site is that items are very often unique, and it allows budding designers with great ideas to be able to sell items that they have lovingly created. There are some brilliant items on the site that are designed to raise awareness for bipolar disorder. As the colour for breast cancer awareness is pink, and the colour for testicular cancer awareness is blue, the colour for bipolar disorder awareness is a beautiful green. One Etsy retailer – Black Cat Design – created a stunning sterling silver awareness ribbon pendant that hangs on a silver chain with a green Swarovski crystal to raise awareness for bipolar disorder. The aim of these efforts is to get people to ask questions, such as what are the symptoms of bipolar disorder, how many people does it affect, can it be treated and what can be done to help.
Raising funds
Other charities have used fashion to raise money to support charities, such as the UK charity Stroke Association's "Style for Stroke" campaign. The campaign has seen the charity team up with Fashion and Style PR expert, Nick Ede, for several initiatives to raise money. Nick took the challenge of designing eight dresses to reinvent last season's little black dress and create the new season's 'Lovely Black Dress'. Fifteen per cent of the profit from every dress sold went to the Stroke Association.
Jeans for Genes day is a brilliant example of an annual event that seeks to raise more money each year to fund the charity and its research into genetic disorders. It is a very simple idea that follows the idea of a 'mufti day' – inviting everyone to wear jeans for the day and to pay a little money to do so. It takes place each year in Australia and the UK, and limited edition clothing is sold from the Jeans for Genes website to raise even more money and awareness, as t-shirts emblazoned with slogans such as "Wear jeans, change lives" can take the cause further into public consciousness. Comic Relief – an English charity that hosts a huge fundraising event each year – has evolved in recent years to sell t-shirts designed by the world-renowned Stella McCartney, and modelled by a huge selection of stylish celebrities – such as Kate Moss and Rihanna – and some not-so-stylish celebrities – such as Keith Lemon. A third of the money raised by Comic Relief goes to projects in the UK, while the rest goes to a vast range of projects across Africa.
But what about vintage?
The majority of charity-related fashion items tend to either be modern designs, or are dusty old dresses found in charity shop bins. Fortunately, someone came up with the brilliant idea of selling vintage clothes, accessories and miscellaneous items for charity. Oxfam's vintage online shop allows browsers to shop by decade or by category (including vintage dresses, vintage skirts, vintage coats and men's vintage), and it even suggests items in a colour clash box at the bottom of the page. A pair of white and blue polka dot cotton gloves caught my eye, as did a retro satin clutch bag, but you could spend hours poring over the selection. The vintage homeware is just as tempting, with everything and anything ranging from tea towels to butter dishes to buttons and even a 'Sherlock Holmes' pipe.
The best thing about all of these campaigns, events and shops – in particular the Oxfam vintage shop – is that you can find exactly what you want for a reasonable price, and you know that the money will be going towards a good cause. What more could you want?

A break from blogging never did anybody any harm. Back with a bump in the middle of high summer, I linger over some inspiring summery ideas for wearing flowers in my hair..... here's some inspiration for you too....