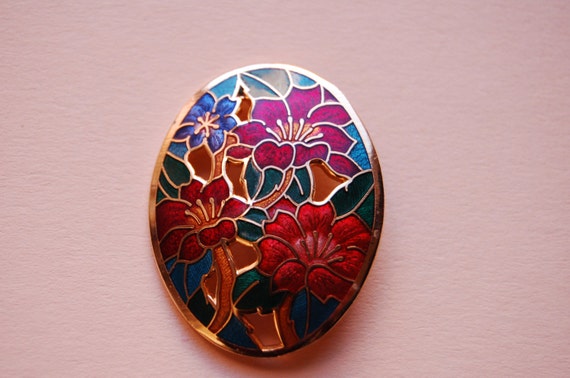 As winter approaches, I've been thinking of jackets, coats and hats that will soon be worn on a daily basis. Usually most of us only have a handful of these in our closets and we can perk them up according to whichever outfit we're wearing, with a good dose of accessories.

Pins and brooches are some of the most eye-catching, conversation starters and today I am collaborating with BaileySistersVintage to bring you a wide variety of gorgeous bling. there's a bit of everything here - enamels, rhinestone, faux pearls, sterling silver, copper. And the inspiration comes from the varied vintage periods and styles. I like the pearl cascade pin from the late 1950s best. 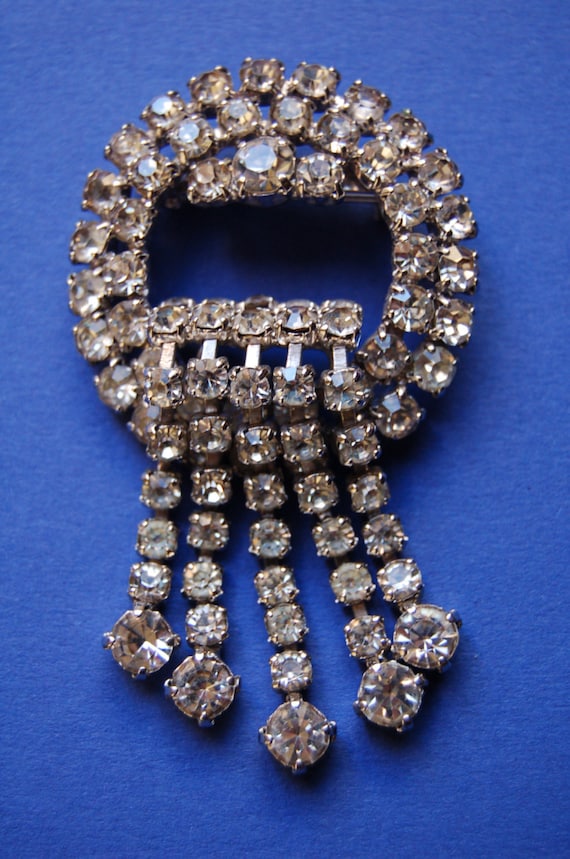 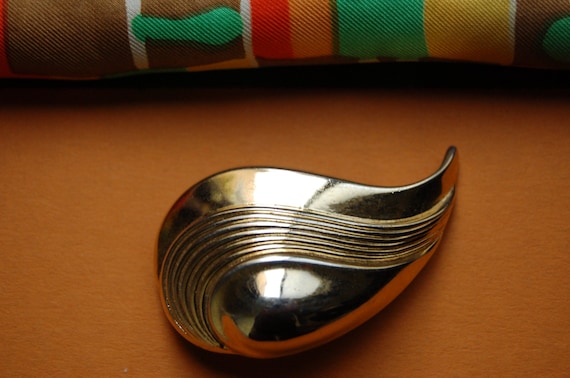 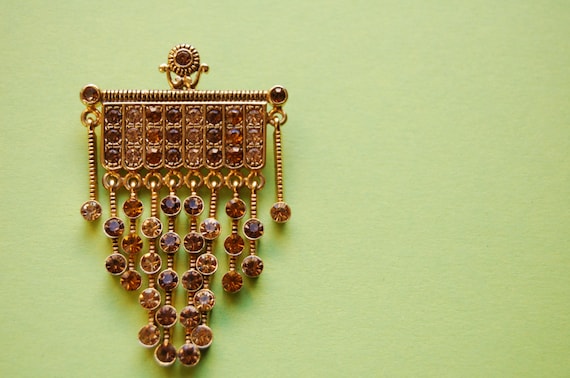 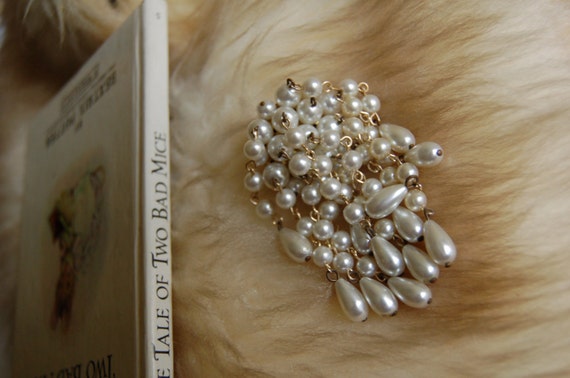 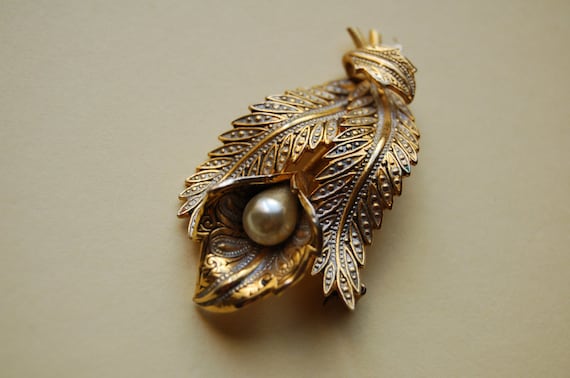 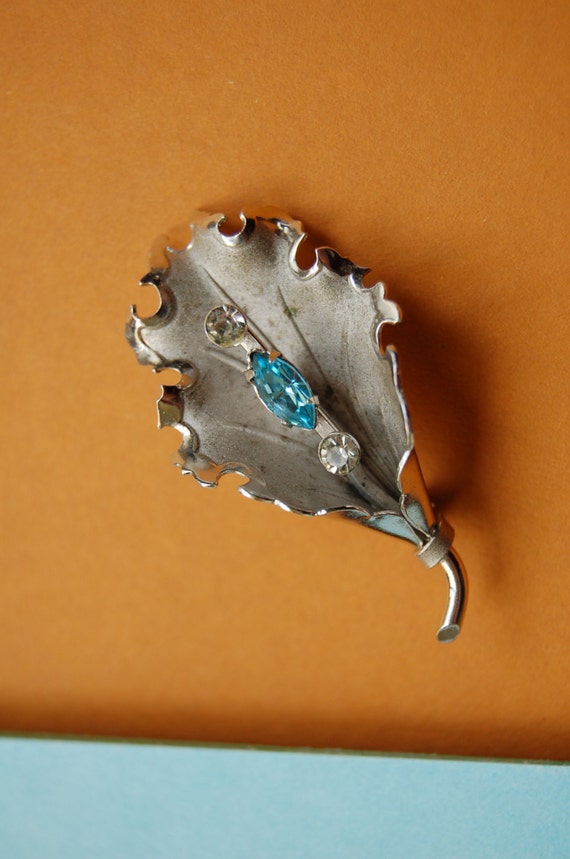 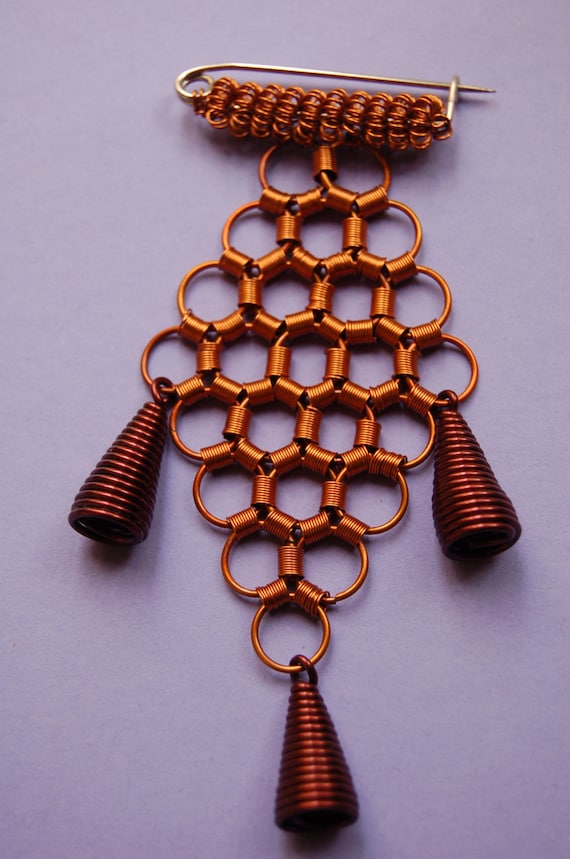 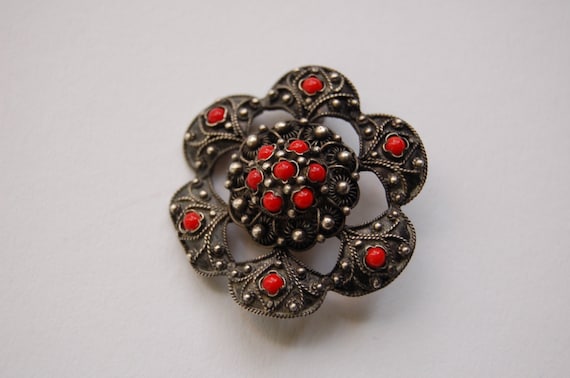 I was impressed by the creativity behind these mosaic creations - dressed made so beautifully with pieces of broken china, pottery, glass, beads.... This is just one category of mosaic are created by Susan Wechsler.

She was only 18, when she first created an artefact - an abstract painting on a downtown billboard in Cincinnati, Ohio. Later she trained in Theatre Design in NY, working as costume designer in New York City Theatre, in LA with the movie industry and eventually as designer for Esprit in San Francisco. It was during her years as costume designer that she fine-tuned her skills of using colour, pattern and texture, inspired by diverse cultures and history.

Susan went on to develop her mosaic skills to create masterpieces such as these. If you have ever tried your hand at composing a mosaic, you will appreciate how difficult it can get. And if you've never tried it, perhaps you'd love to attempt during one of Susan's workshops.

For those living in Europe, Susan will be in Cortona, a picturesque town, cultural and artistic centre in the region of Arezzo, Tuscany, Italy, next May 2013. (Poster further down the page)

Find out more about this mosaic artist, her work and her workshops here. 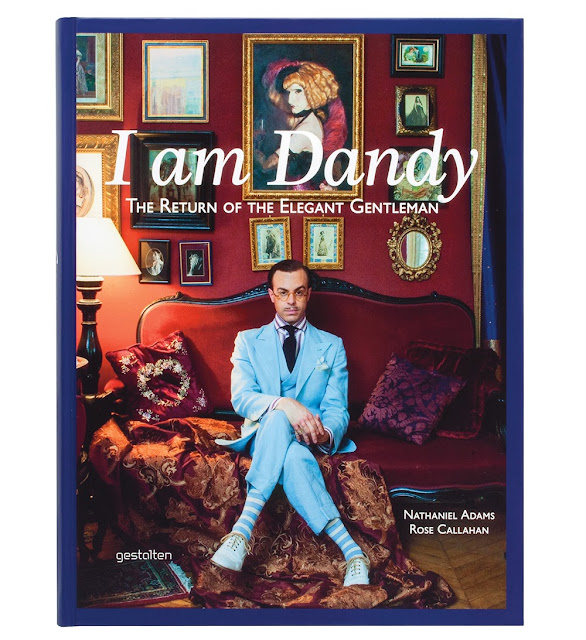 Some days ago, a friend showed me a freshly received, newly published book from Gestalten. "I am Dandy -  The Return of the Elegant Gentleman" fascinated me. It is fully illustrated with 288 pages crammed with images of gorgeousness - gorgeous people, gorgeous clothing, gorgeous style.... I could not help feature it on this blog which is dedicated to the great appreciators of the finer things in life including art, vintage fashionwear and vintage jewellery.

Is it all about vanity? Certainly not. This fully documented book which includes exceptionally written individual interviews with all the photographed dandies, is the combined work of photographer Rose Callahan and writer Nathaniel Adams who have been exploring.....
..... "the fascinating phenomenon of dandyism over the past years.They visit contemporary dandies in their homes to document their impeccably designed lives in both words and images. Well-kempt to the tips of their beards and wearing three-piece suits with flawlessly folded pocket handkerchiefs and supple kid gloves, their protagonists revive the charm of the past and reveal that cultivated idleness can be incredibly hard work." 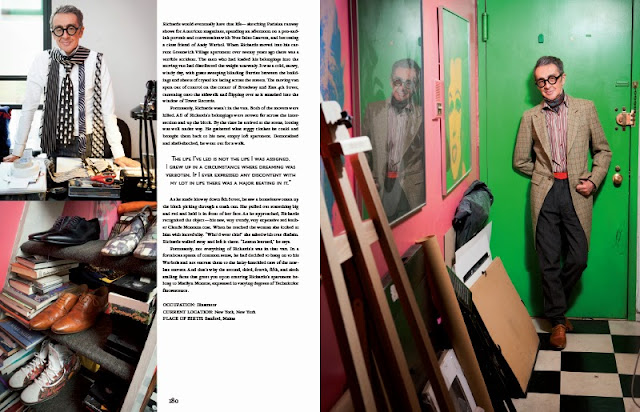 The typical dandy was 'born' in the 18th Century in London and Paris. One such dandy was George Bryan "Beau" Brummell who lived in London at the height of the Regency period. He is believed to have taken as long as five hours to complete his daily toilette which was very often witnessed by friends and curious admirers who sat around, toasting him and drinking in his dressing room while he perfected his look. 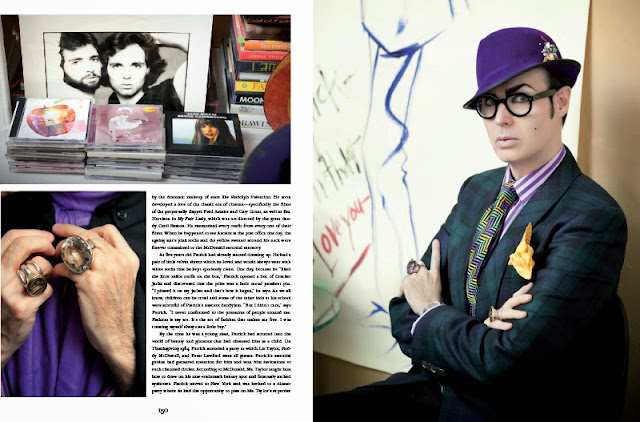 Dandyism has witnessed a revival in recent years brought on especially by the fad of dressing up in vintagewear and participating in vintage bike and car rides at specialised organised vintage events. 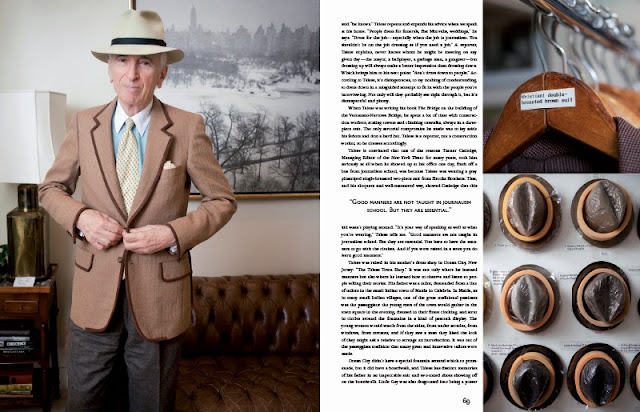 Photographer:
Rose Callahan is a photographer and filmmaker based in Brooklyn, New York. Originally from San Francisco, California, Rose made her way to the Williamsburg neighborhood of Brooklyn in 1999 to pursue photography. In 2008, she began The Dandy Portraits:The Lives of Exquisite Gentlemen Today (which became a blog in 2010) as a personal project to tell the nuanced story of extreme masculine elegance alive today. Rose found that the dandies of today are not a cohesive subculture or creed; rather, each man is a fiercely independent arbiter of what it means to be a gentleman and to live with style.

Writer:
Nathaniel "Natty" Adams is a New York-based writer and manager of the Against Nature menswear atelier. His NYU undergraduate thesis was on 20th Century Dandyism and, as a student at the Columbia University Graduate School of Journalism, he wrote a book proposal on the history of Dandyism, for which he won the prestigious Lynton Fellowship. Adams used the grant money to travel through America, Europe, and Africa meeting and interviewing the best-dressed men in the world.

Preface writer:
Glenn O’Brien is a writer, editor, and creative director who lives in New York. A member of Andy Warhol’s Factory in his early years, he has worked as an editor at Interview and Rolling Stone, and as creative director at Barneys New York, Island Records, and Calvin Klein. He writes “The Style Guy” column in GQ.

All images are by Rose Callahan from 'I am Dandy - The Return of the Elegant Gentleman', copyright Gestalten, 2013

Meet Maya Baron and her houses. This artist based on the Mediterranean island of Malta is presently showing her works at the beautiful Messina Palace in the main city of Valletta. I asked her to share more of her artistic experience.

"I got in touch with painting some eight years ago while I was still living in Austria. I painted some colourful houses on a wooden board and people who came to visit liked them very much. When I moved to Malta I met an artist and she was kind enough to share her knowledge and techniques in abstract acrylic painting with me.

So, today I do both - my Small Fancy Houses which need a lot of precise and concentrated work, and abstract art where I experiment with acrylic colours and other medium. I paint mainly on canvas and wooden boards.

Painting takes my mind into a different dimension of peace, quietness and love, and I am very happy to hear the feedback of people who claim that they feel and see this in my art."

Find out more about this artist here.

Posted by FairyFiligree No comments: Links to this post

Let's have a Lie-Down

" I shall retreat to my room and recline until teatime....."

If you just got up, and need extra get-up-and-go, this post is not for you. It's for those who can afford to 'recline' as the Victorians used to say, on the most fashionable French item of furniture that filled many boudoirs or dressing rooms - the chaise longue.

The women of the gentle past made an art out of their reclining, so that artists used to portray women in all their lassitude and relaxed beauty, half sitting, half lying, nearly asleep but not quite. A good lie-down before supper, or after strenuous exertion or to emulate the Mediterranean siesta time when the weather got too warm for comfort.

Do you own such a long chair and would you want to have one?

I thought chaise longue elegance was a thing of the past, until I clapped my eyes on a modern day version that speaks for itself. Now that is one long chair I'd really take to reclining on without much of an effort!