And who was Edith Head? 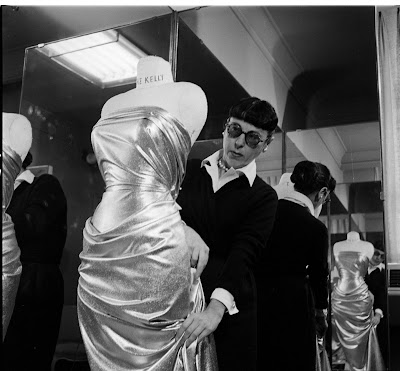 I was recently reading a biography about Audrey Hepburn. It was a book from the library and although it was interesting, because Audrey Hepburn has such a marvellour lifestory, it turned out that the book had a chunk of missing pages which meant I just couldn't keep reading it and make any sense. But I did manage to find out a few interesting titbits.
One of them was.... the name of a lady called Edith Head. Thumbs up for those of you who know who she was. Chances are that most of you don't. Well this was one fascinating lady.
Edith Head (October 28, 1897 – October 24, 1981) was an award-winning costumer designer in Hollywood. Here you can see her working on a dress for Grace Kelly (Grace's name is written on the neck of the mannequin - get your magnifying glasses out ladies!) This film costume designer dressed the most ravishing of film stars including Bette Davis, Elizabeth Taylor, Grace Kelly, Ginger Rogers, Audrey Hepburn..... 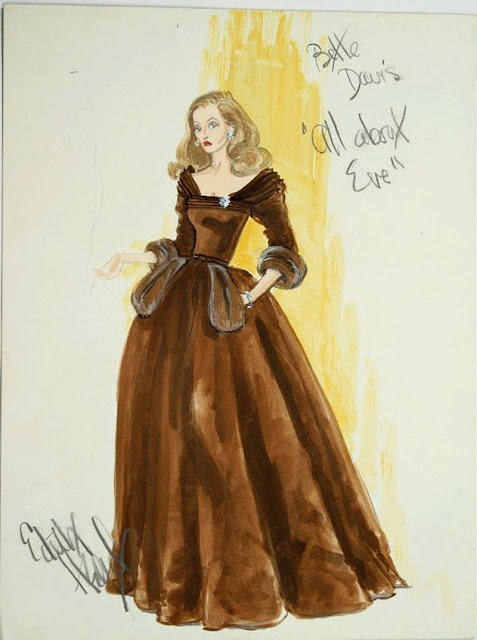 She worked for Paramount Pictures and for Universal Studios. During her career she was nominated for 35 Academy Awards, every single year from 1948 right through to 1966. She actually landed an Oscar 8 times - no other female landed so many Oscars in her life!
It is understandable that she strongly influenced what women of her day wore and even wrote books about fashion.
Later over the coming days, I'll be posting all about one special lady who has come to know Edith Head really well and up close. Keep following for a sensational interview with a lady who is keeping Edith Head's legend alive.
(Images courtesy of Margaret Herrick Library AMPAS)
Posted by FairyFiligree

What a fabulous figure Grace had! I love the mannequin photo. What a talented lady Edith was and how glamorous it must have been dressing all those stars! Lucyyxx

How lovely...what a great post to read up on :) thank u, i have more classic inspiration for my photoshoot styling.