The business of selling clothing, providing clothing, making clothing, making the cloth for clothing etc, etc .... well I had never really stopped to consider how complex it is, nor how many people benefit, profit or actually live from it. But after watching the 2006 film 'The Devil Wears Prada' I got to seriously thinking around an industry which to many might seem superfluous and utterly capitalist. I remember the scene where Andrea Sachs (played by Anne Hathaway) looks on as Miranda Priestly (played by the exceptional Meryl Streep) selects some clothes for a photo shoot and passing a comment about the blue colour of a garment. The retort from Miranda is scathing but plainly explains how that blue came about and how, through the complicated fashion chain, it was the same blue which eventually ended up in the high street fashion shops and the very same clothes which Andrea is wearing on the day! If you haven't seen the film, then you really must make it a point to see it. 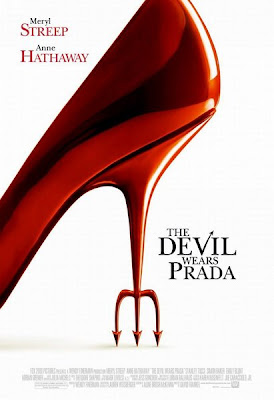 I really love Devil Wears Prada, in part because it does have those interesting moments (I also think it's a morality tale AND a loose adaptation of _Pygmalion_/_My Fair Lady_, but with a twist). Anyway, I recently saw an unbelievably amazing and yet sad documentary about the American clothing industry called Schmatta: Rags to Riches to Rags--I really highly recommend it if you are interested in getting a really important perspective on some of the very crucial questions you're asking above!! A big part of why I am such a vintage hound and why I've forced myself to almost completely stop buying "disposable clothing" is articulated in the movie https://www.hbo.com/docs/programs/schmatta/interview.html