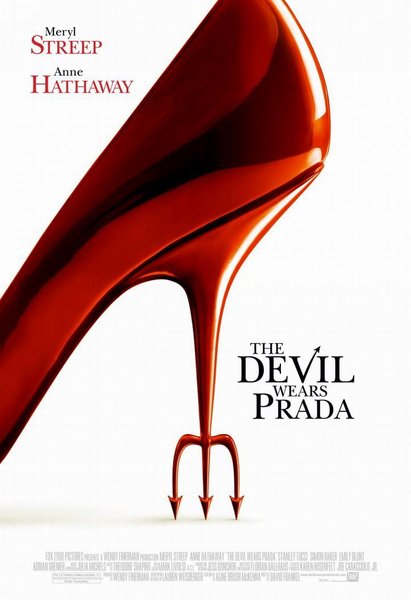 I first saw the film 'The Devil Wears Prada' (2006) flying clubclass aboard an Emirates flight to Dubai.﻿ I was off on a prestigious press trip and when I was given the chance to view the movie I wanted whilst en route, I knew just what it would be.

For me this is one amazing film, not only because I love seeing Meryl Streep in action, but also because it is about the fashion world. The movie opened my mind up to a novel concept that hit me as I heard this short but concentrated conversation between the two main protagonists of the film. Here's how the conversation flowed...

Miranda Priestly: [Miranda and some assistants are deciding between two similar belts for an outfit. Andy sniggers because she thinks they look exactly the same] Something funny?


Andy Sachs: No. No, no. Nothing's... You know, it's just that both those belts look exactly the same to me. You know, I'm still learning about all this stuff and, uh...

Miranda Priestly: 'This... stuff'? Oh. Okay. I see. You think this has nothing to do with you. You go to your closet and you select... I don't know... that lumpy blue sweater, for instance because you're trying to tell the world that you take yourself too seriously to care about what you put on your back. But what you don't know is that that sweater is not just blue, it's not turquoise. It's not lapis. It's actually cerulean. And you're also blithely unaware of the fact that in 2002, Oscar de la Renta did a collection of cerulean gowns. And then I think it was Yves Saint Laurent... wasn't it who showed cerulean military jackets? I think we need a jacket here. And then cerulean quickly showed up in the collections of eight different designers. And then it, uh, filtered down through the department stores and then trickled on down into some tragic Casual Corner where you, no doubt, fished it out of some clearance bin. However, that blue represents millions of dollars and countless jobs and it's sort of comical how you think that you've made a choice that exempts you from the fashion industry when, in fact, you're wearing the sweater that was selected for you by the people in this room from a pile of stuff.


Do you remember the scene?
Now, when I hear somebody commenting about the superficiality of fashion, I have to agree that yes, fashion might seem superficial to the uninitiated, but...
fashion provides jobs for people, clothes for people, fun and colour for people... clothes are also what we think of when remembering special events in our lives, special people, historic moments.

I haven't read Lauren Weisberger's 2003 novel of the same name as the movie, but if she was the one who penned these verses for Meryl Streep and Anne Hathaway to say, then she was so very darned well right!

Email ThisBlogThis!Share to TwitterShare to FacebookShare to Pinterest
Labels: The Devil wears Prada

Hi there-a very insightful post and very timely when all talk is about Princess Catherines wedding dress by McQueen!! xx

What an amazing way to have seen this great movie. Xxxx