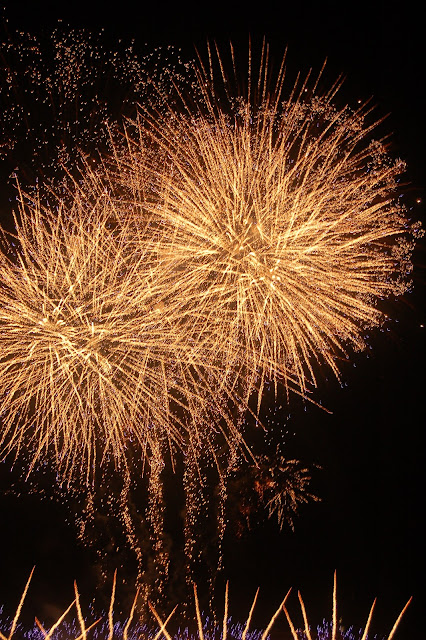 ﻿Bang, Boom and Varoom!
Last weekend I was invited to enjoy an open-air barbecue in a historic landmark on the island of Malta from where we could all later on enjoy the spectacle offered by the Malta Fireworks Festival.
Held in the Grand Harbour of Malta, the fireworks festival was really a wonderful event as you can see... 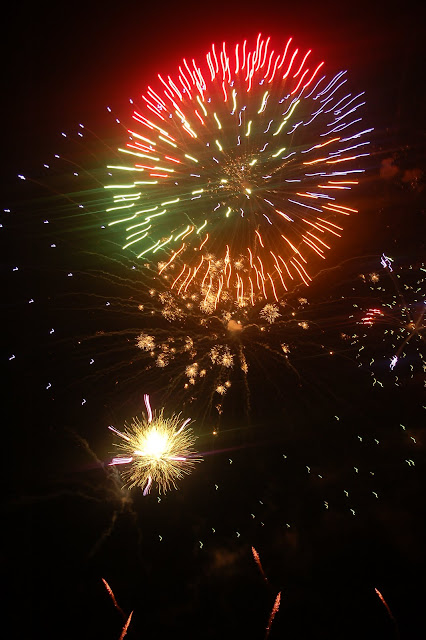 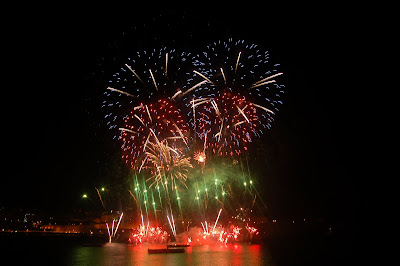 The colour effects were magnificent and the festival well and truly opened the festa season which starts off during May and spans throughout the whole of summer on Malta. Each village and town has its own 'festa' and fireworks are the order of the day. 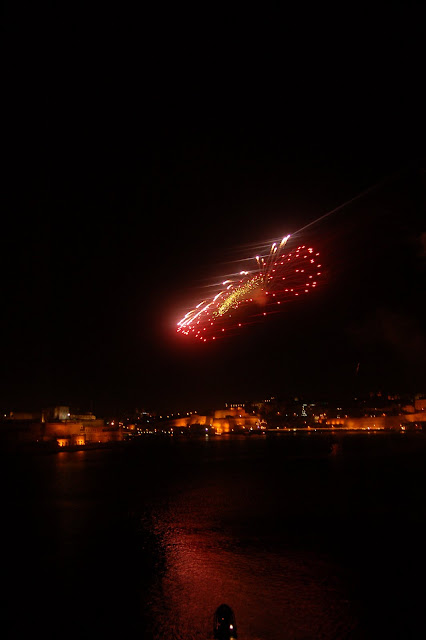 The old capital city of Valletta is seen clearly as a backdrop to these marvellous fireworks which were launched off a floating barge in the middle of the port. 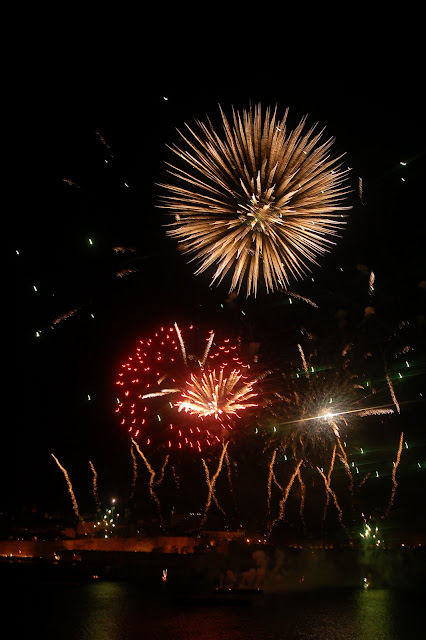 Cheers to all!
Posted by FairyFiligree

I adore firework pics! Thanks for sharing.